ALTBalaji has been known to deliver its absolute best every single day. Well, this time around, the Indian OTT platform has taken the web world by storm with its upcoming gem, Paurashpur web series. Rumour has it that Paurashpur is one of ALTBalaji’s most expensive shows. Aur hoga bhi kyun nahi ji? Costume, set, aur jewellery par nazar daaldo ek bar. Apne aap samaj jaega.

Sources have confirmed that Paurashpur happens to be one of ALTBalaji’s biggest period drama. They said, “Around 300 technicians and 1000 junior artists have worked on the show for the entire schedule. The makers have got on board the right people the project deserves, irrespective of the budget. For instance, they have roped in renowned set designer Nitin Desai for lavish sets, designer Late Leena Daru for costumes, and above all, a great ensemble of well-renowned television and film actors.” 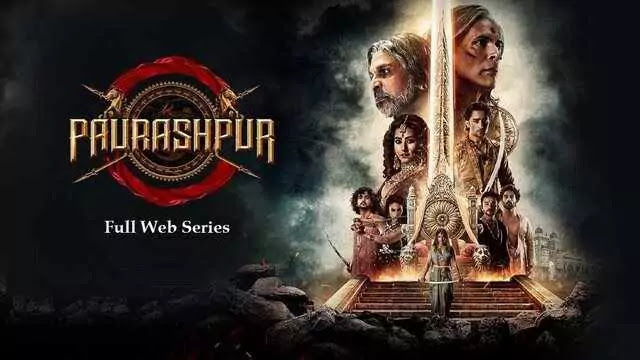 Packed with an ensemble of stellar actors, Paurashpur is all set to make its way to the web world this year. Toh tayyar ho jaiyye iss saal ke sabse extraordinary kingdom aur uske stories ke liye. The good news is that the wait is almost over. Brace yourselves as the makers of Paurashpur web series have announced the release date. The show is ready to go on-air on the 29th of December!!

ALTBalaji’s Paurashpur is a larger-than-life vision of the makers that is going to go live on-screen. It is a show that is here to blow everyone’s mind. Quite literally! For the first time on an OTT platform, you get to see a story of conspiracies, inequality, politics, gender wars, love, and lust. Ek baat toh pakki hai ki iss kahani mein dher sara drama aur entertainment hai. Maza toh zaroor aaega!

We confirmed the same from the sources. They were quoted saying, “It’s going to be the first-period drama on the platform and the makers are pulling out all the stops to make it a grand one. It will flaunt larger-than-life sets, lavish costumes and jewellery. It’s a well-written story of royal families and the power game between the heirs. The show will also have multiple seasons, with more cast joining in later on.”

Paurashpur is expected to go live at midnight like every ALTBalaji show. While there is no official announcement of the show timing yet, you can start streaming it from midnight. Block your calendars. Set a reminder. Don’t miss out the one-time opportunity to watch the tale of an extraordinary kingdom that takes you on their journey with stunning visuals and powerful dialogues. Not forgetting the beautiful costumes, of course!

Witness the royal empire consisting of Milind Soman, Shilpa Shinde, Flora Saini, Annu Kapoor, Shaheer Sheikh, Poulomi Das, Sahil Salathia, and more on 29th December 2020. All you have to do is buy an affordable subscription and never stop streaming. It’s as simple as that. So, what are you waiting for? Hurry. Paurashpur release date is right around the corner!  Also watch Who’s Your Daddy Season 2, Bicchoo Ka Khel, Dark 7 White, Mum Bhai, etc. streaming on ALTBalaji